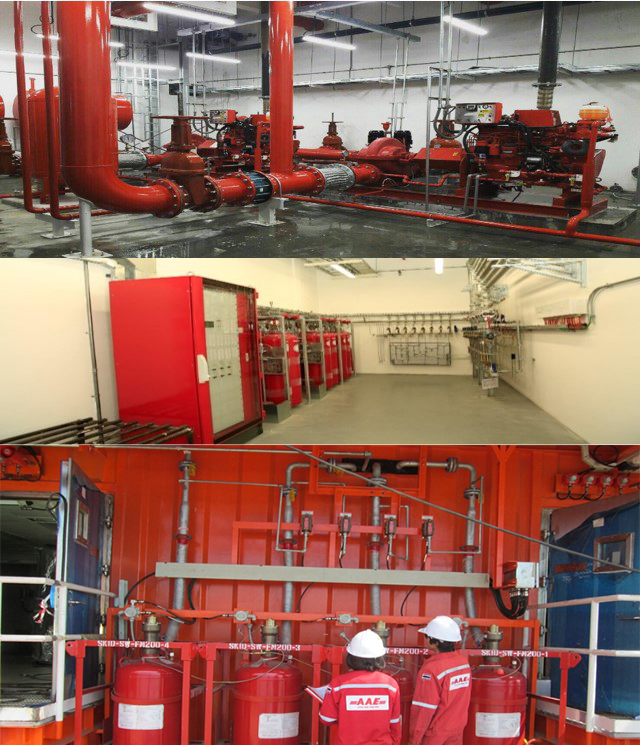 Fire and gas detection – Systems to initiate a human or mechanical response to the outbreak of a fire or the detection of life threatening gasses. These can be heat sensors, smoke detectors and (so-called) gas 'sniffers'.

Audible/visual warnings – Bells, sirens, whistles, flashing lights to alert people to the outbreak of fire or the escape/ingress of gas and to ensure swift evacuation.

Actuation – Automatic triggering devices to initiate fire fighting and suppression. These can range from digital responses that activate pumps and deluges, that activate overall fire fighting systems and personnel, that shut down affected plant and machinery to simple glass actuators that break or melt when exposed to heat thus allowing water to flow from overhead sprinklers.

Fire Suppression – Water is most commonly used to fight fires. However, there are times when water should (most certainly) not to be used. Fires that involve fats, oils or fuels are examples where the introduction of water can escalate a fire rather than reduce it.

Such fires can be tackled using dry powder, retardant foam and non-flammable or 'inert' gas such as halon.

On ships, particularly oil and gas carriers that are running 'light ship' (i.e. without cargo) and, at such a time, at their most dangerous, 'stack gasses' from the engine exhausts are introduced into empty cargo spaces to prevent sudden gas explosions.

Fire fighting systems – The most common system is a pressurised water system with sprinklers or sprays that fill areas with a fine mist to dampen fires down and exclude oxygen from them. As mentioned earlier, the sprinklers have glass actuators that, when broken, release the water held in a network of pipes. The sudden drop in pressure triggers alarms and activates pumps that keep the system flowing until it is physically turned off using valves.

In areas where fire is a major hazard and danger to life and the environment, deluge systems are used. Examples are oil and gas production rigs and platforms and hanger deck fires on navy aircraft carriers.

Powerful pumps that can quickly move vast quantities of water are used to dump many tons weight of water on top of the fire to simply blast it out. This system can only be used in situations where such a volume of water can quickly be dispersed, off the sides of a rig or through the open hanger deck doors on an aircraft carrier for example.

Foam and dry powder fire fighting is usually provided by hand-held extinguishers although there are some larger foam systems that can quickly deliver a large amount of foam into a specific area. The fire fighting services at airports use such systems. 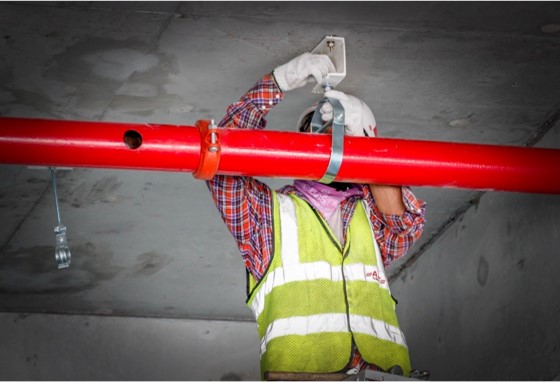 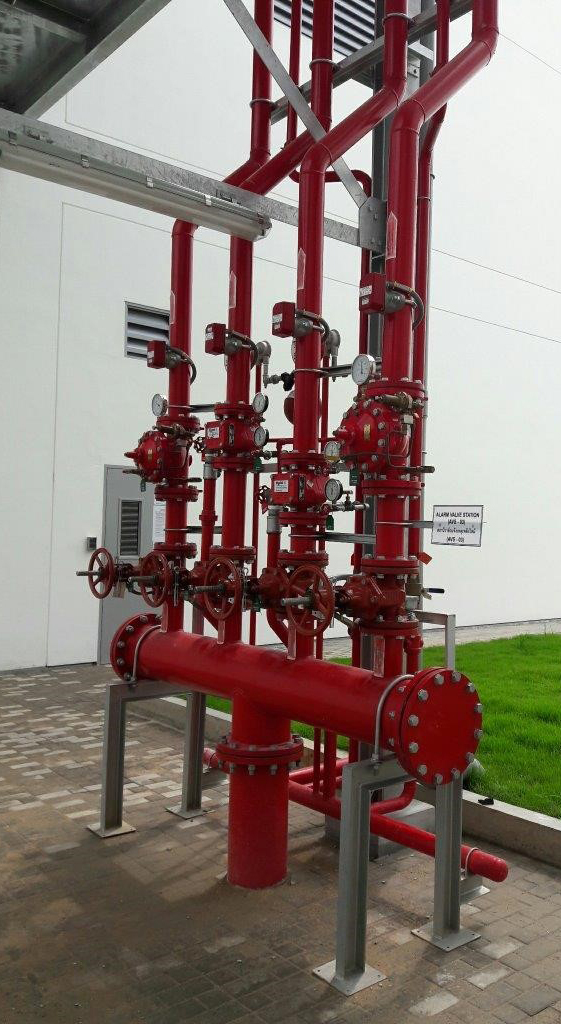